After nine months of steadily falling housing prices, they are on the rise in China once more. 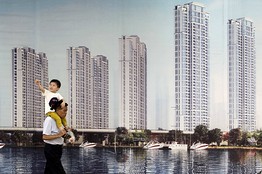 Here's the current report from the Wall Street journal.

Wall Street Journal – "According to a survey of property developers and real-estate firms, the average price of housing in 100 major Chinese cities rose in June from the previous month, after nine straight months of decline. The survey follows other signs that the Chinese market has bottomed out, including a pick up in real-estate investment in May and a far shallower decline in property sales during that month compared with April".
http://online.wsj.com/article/SB10001424052702304299704577501822380417072.html

There's always a danger, however, in every silver lining. It's possible that, as chinese consumers become convinced that the market has recovered, their enthusiasm could cause another "bubble" … and we know where those lead.

Interested consumers and analysts are keeping a very close eye on the next few months acivity in Chinese commercial real estate.